I told myself that I would write you all a charming blog about NaNoWriMo’s Night of Writing Dangerously last Sunday, but I’ll be honest, I’m just not feeling up to it. I can’t remember the last time I felt like I had so much on my plate. I just got home Wednesday after traveling for two whole months in California. Living out of a backpack and bounding around the bay area, I obviously fell a little bit behind on real life. And by real life, I mean NaNoWriMo.

The Night of Writing Dangerously was spectacular, and it was the first time I’ve been since my first trip in 2010. Three years later, after self-publishing, selling a novella, endless querying, and finding an agent, I was so much better prepared to talk to everyone there. It was an absolute pleasure to really meet Grant Faulkner. Considering what big shoes he had to fill when Chris Baty left, I don’t think that there’s any doubt as to the Superhuman Wondermentfulness of NaNoWriMo’s current Executive Director. I met so many interesting and well-dressed authors, in the words of Rachel Herron, “The Night of Writing Dangerously is Prom for writers.” (If you want a nice blog about the night, go read Rachel’s Wonderful Blog About It.)

Anyways, I now have a huge new list of books I ought to read all by Rachel and other writers I met that night. It’s impossible not to be curious about someone’s book once you’ve met them and found out just how much awesomeness they exude. 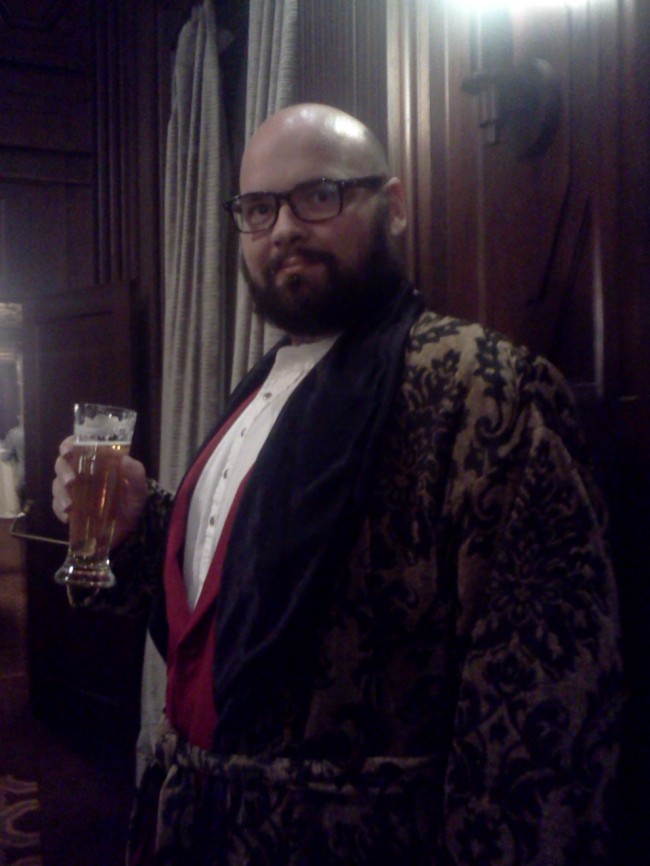 ^Ron, looking dashing in a hybrid smoking-jacket-robe he had sewn.

The Julia Morgan ballroom was a brilliant venue, and everyone was full of spunk and wit. The noir theme was pulled off perfectly, although I saw a distinctly jazzy vibe to some costumes…no doubt influenced by the fact that they put F. Scott Fitzgerald on the posters. It was also a full moon that night, and you know how I am about the moon.

As many wonderful things as the Night of Writing Dangerously was, it was not a good time for me to catch up on my word count. I’m currently far worse off than I would care to admit, and so overwhelmed with everything else I need to do right now.

Academic papers, NaNoWriMo, a Murder Mystery Plot to write for the holidays, countless thank you letters to write, and a Crystalline Princess novel to edit…seeing as though I’m actually publishing that. Not to mention all the story ideas I dreamt up on the trip. I’m chomping at the bit to get those down on paper. 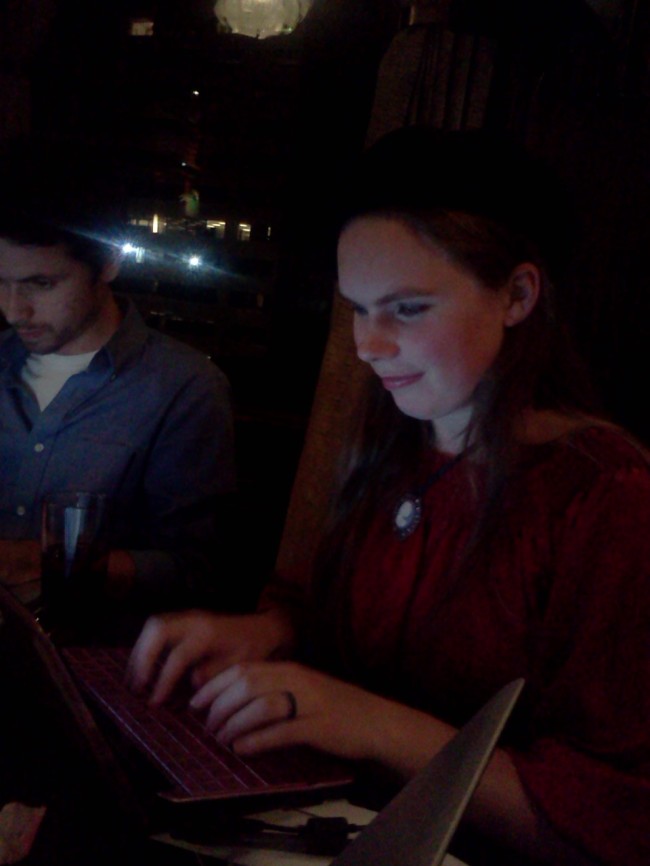 What can I say? Life’s hard even when it’s charmed.